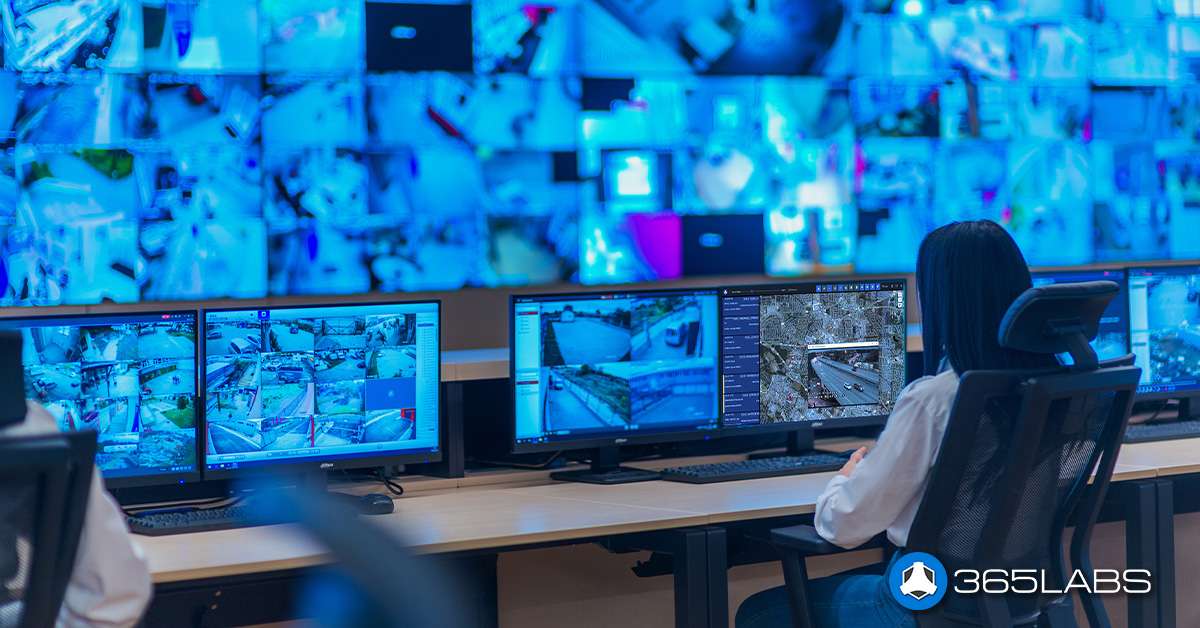 One such technology is high tech gunshot sensors that are being used in cities across the US to combat gun violence. According to a recent survey, only about 20 percent of gunfire events are called in to 911 by individuals; even when people do report the event, they often can only provide vague or potentially inaccurate information. Now, with the help of AI, highly efficient sensors can provide data like where the shot occurred and even what type of gun was used.

When these sensors are connected to public safety platforms like the 365™ RealTime Command Center, law enforcement can be alerted of shots fired in real time with information about the type of gunfire and location to enable faster response.

With video surveillance, long stretches of video are often reviewed minute-by-minute, or even second-by-second. With the growing amount of information from video cameras, body-worn gadgets, traffic cameras, and other IoT (Internet of things) gadgets, it is impossible for even an enormous staff of people to screen the video information day in and day out. Also, watching video is taxing on human eyes, making it harder to spot and recognize dangers as they appear (after just 20 minutes of watching footage, viewers miss an estimated 95% percent of incidents).

Video analytics, on the other hand, can continuously screen multiple video feeds at once, automatically detecting any criminal or unusual activity and alerting human reviewers when it identifies activity that is out of the ordinary. This permits law enforcement to identify crimes in progress and respond proactively, increasing the chances of apprehending the offenders.

Since it is significantly less costly than a room of human reviewers, regardless of whether they are nonsworn staff, AI-based video analytics can be an enormous power multiplier for law enforcement agencies with limited budgets or staffing.

AI technologies have been used for years to reduce uncertainty and risk while managing crowds, and technology for crowd safety has become even more vital to combat mass casualty threats.

Be it a sports event, concert or public celebration, crowds present logistical and safety challenges for public safety officers. Video analytics is an important part of being able to detect and flag ‘unusual’ congregation of people near where there is a very high likelihood of a crowd, such as in and around a football stadium on a game day. Cities like Los Angeles and Chicago have also deployed high-tech sensors to detect potential threats like guns or explosive devices. Similar tactics have been used at mass transit hubs near Super Bowl venues.

Public transportation has also started using SAS streaming analytics to capture data from different IoT devices and synchronize it with video feeds and audio from cameras with varying frame rates and image quality. This composite data is then processed through decision flows and analytics models to predict the likelihood of incidents taking place and proactively suggest action to take preventive actions.

With the sheer amount of data – video and otherwise – that agencies must now handle, AI has a crucial role to play in public safety and crime prevention, and that role will only grow as the technology becomes more advanced. Ultimately, it will help agencies save budget, time and lives.