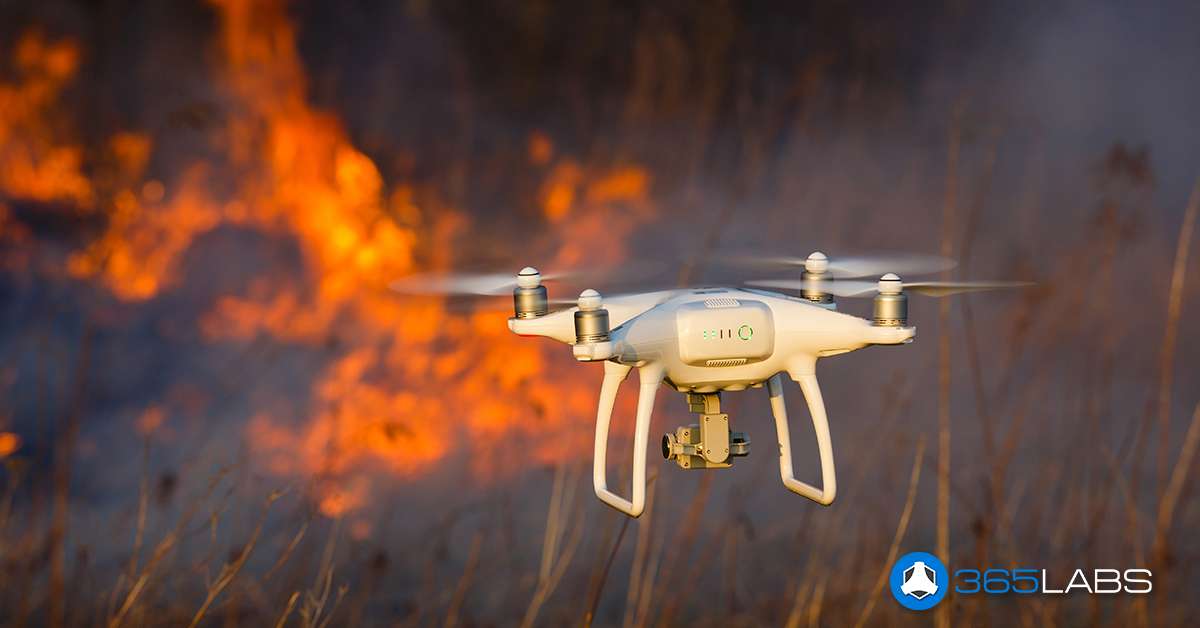 With their ability to provide a real-time aerial view of nearly any situation, drones are revolutionizing the way agencies assess and respond to incidents.

While drone technology was a novelty just a few years ago, drones are now considered a necessity for public safety, with agencies leveraging drones to gather information about natural disasters, find missing persons quicker, and ensure the safety of the public and first responders.

Drones can be used to locate, track activities, and catch criminals. For example, 365™ RealTime Command Center can autonomously dispatch drones to a shots fired incident to capture a live view of the scene. The live feed from the drone provides crucial intel for first responders before they arrive on-scene. Some new drones have speakers on them, and departments are using them to broadcast messages over a large area or to talk to suspects.

Other common ways in which drones are redefining law enforcement are Crime scene photography and accident scene reconstruction.

Officers can collect 4K aerial video of a scene, as well as generate a 3-D orthomosiac map. This saves officers’ time; instead of closing down a highway for hours when investigating a crash, they can collect everything they need with a drone in about 20 minutes.

With the help of infrared imagery, drones can even detect what kind of insect infestation might happen to a dead body, and how animals are going to interact with it over time.

Drones are also proving their worth to fire departments. Drones give better views of fires engulfing single-story homes, multi-story apartment complexes and commercial buildings that would not be possible from the ground. Via images captured from the infrared camera, firefighters can gather significant intelligence before sending anyone in, such as which areas of the roof have been weakened by the flames.

In order to have a successful drone program, agencies need the ability to get drones on scene immediately. Dispatch protocols are crucial.

There are primarily two different paths for automation in this industry: one is on the flight side, the other is on the data side. When it comes to the flight aspect, there are numerous apps that can automate flight, but getting the data where it needs to go is normally a manual process. 365™ RTCC has automated this process and can autonomously dispatch a drone to the exact coordinates of a CAD incident in real time.

The next step in optimizing response is AI. Artificial Intelligence enables first responders to gather so much more information in a substantially quick manner, and it’s going to make a big difference in certain situations, particularly disaster response.

The model for disaster management response already exists and looks very effective since it allows for near instantaneous identification of damage so first responders can immediately take action. This increases the quality of response and reduces the action time; cutting down time in the beginning is crucial to helping save lives and can make the timetable down the line less severe.

Drones are becoming part of everyday life and public safety personnel will need to keep up with necessary training, develop SOPs and educate the community about the benefits they provide. Setting up solid drone programs and continuing to look for innovative ways to use the technology will increase efficiencies and save money—and, most importantly, improve safety for both first responders and the communities they serve.

Department leaders are already working to ensure that not only will public safety departments be expected to have a drone, but they will have different kinds of drones to handle different situations. When paired with intelligent software like 365™ Realtime Command Center, agencies can better leverage the power of these drones to provide realtime intel to officers in the field and optimize incident response.