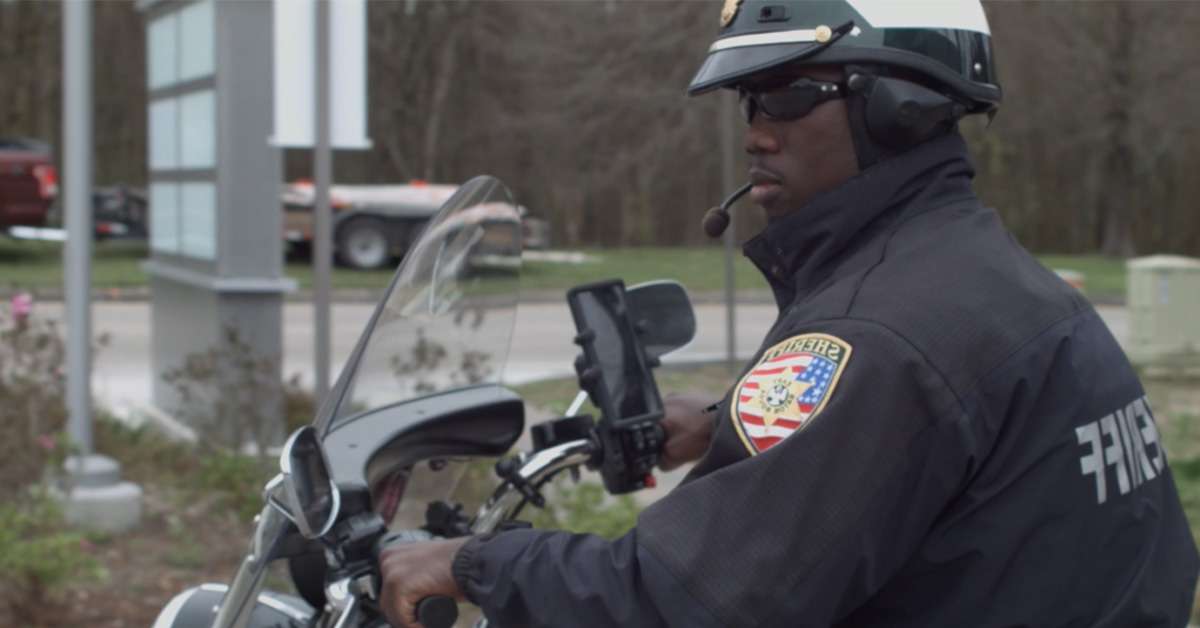 The East Baton Rouge Sheriff’s Office has started distributing to deputies a new handheld mobile policing device intended to streamline technology tools, like GPS data and surveillance videos, and ease many of their day-to-day duties.

The device, called a “Gismo” was developed by a Baton Rouge company, and each costs $2,684, Hicks said. The Sheriff’s Office rolled out the first five Gismos last week and plans to add 15 more in the coming weeks, at a total cost of $53,680.  Hicks said the first Gismos will be distributed to deputies working on the streets, focusing on those in Uniform Patrol and the Special Community Anti-Crime Team, or SCAT.

“Gismo is a device with revolutionary software that gives our deputies instantaneous access to the information they need to keep the community safe,” Sheriff Sid Gautreaux said in a prepared video statement sent out to local media. “It’s an operation center in the palm of their hands.”

The devices are also equipped with capabilities that Gautreaux said he hopes to link with Shotspotter information and have a drone automatically deployed to the location of gunfire.

Software on the new devices gives deputies immediate access, all in one spot, to a variety of relevant databases, including vehicle and license information, arrest warrants, criminal history, jail data and victim notification. The system also streamlines the process deputies use of reporting information and gathering evidence.

The Gismo was a locally-created product by 365Labs, and the Sheriff’s Office is the first agency to purchase and implement the device, Hicks said.

The physical device costs $1,689, but the accompanying software costs $995, bringing the total to $2,684. Hicks said the Sheriff’s Office also plans to purchase just the software for use on smartphones, which will be able to complete many of the same functions and allow access to all the relevant information.

“We are excited about what this means for the future,” Gautreaux said. “Knowledge is awareness, and awareness means safety — for our deputies and our community.”

Sgt. Jared Daniel was one of the first five deputies to receive the Gismo, which he described as a one-stop shop for deputies.

“It kind of brings everything together,” Daniel said Tuesday in a phone interview, explaining that with just one name or one license plate, the device can alert officers of relevant information.

He said one of the best benefits thus far has been the electronic filing system for reports, which automatically populates all associated paperwork.

In the announcement on Tuesday, Hicks also reminded residents that they can voluntarily register their security cameras with the Sheriff’s Office if they want to do so, with the option to simply alert deputies of the position of the cameras if they become relevant, or give them direct access to the footage.

The Baton Rouge Police Department hopes to implement this registration system with the city-parish’s Real Time Crime Center, which is under development but will include partnership with the Sheriff’s Office.

While Gautreaux said the Gismo will fit in with the analysis and data planned for the Real Time Crime Center, he said it is separate. He said he expects other law enforcement across the region, and nation, will want to follow the Sheriff’s Office with this new device.

“It’s going to help the deputies with their efficiency and their safety,” Gautreaux said. “In my 42 years in law enforcement, this is just something you dreamed about. … It’s just a tremendous tool.”