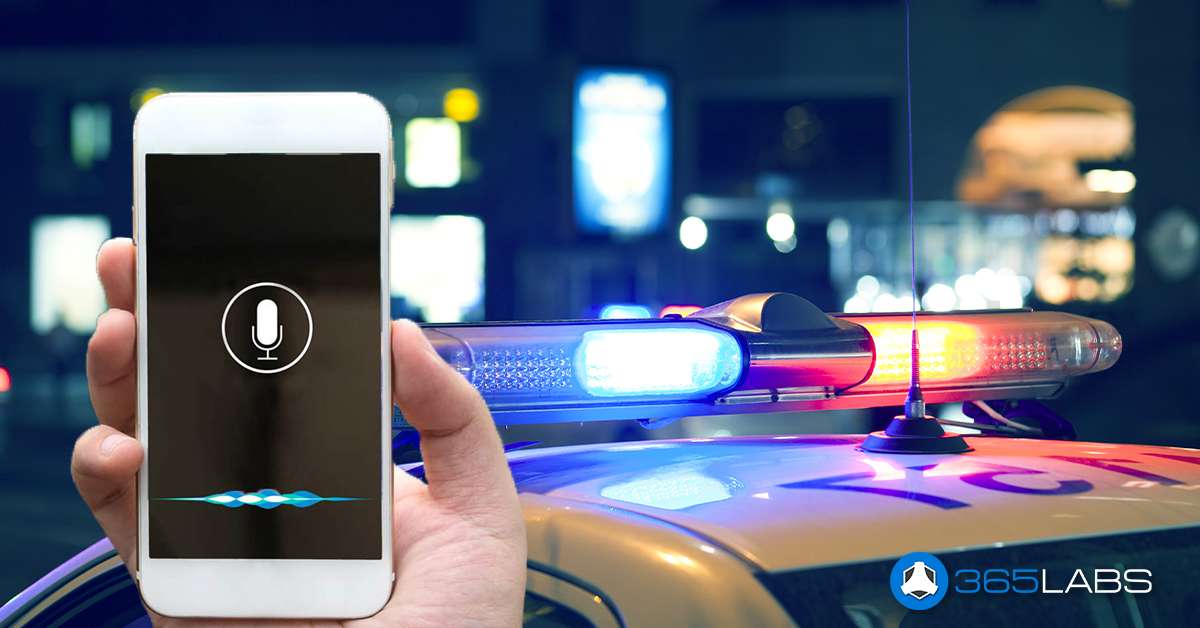 There have been many changes in the job of law enforcement due to advances in police technology, but there are some aspects of the job that remain consistent.

Law Enforcement professionals would prefer to catch criminals than do the less glamorous side of work that they don’t show on “Law and Order” – creating countless incident reports while working a case.

Despite being so crucial, Police paperwork is considered a tedious task for a reason. Apart from being time-consuming, it also impacts the productivity and safety of officers at work.

According to a survey of police departments, almost 40% of survey respondents said they spend a quarter of the day on paperwork pertaining to incident reporting and other documentation tasks alone, rather than policing and protecting communities.

The dependence on console driven, in-vehicle frameworks, like the MDTs often used by officers to complete reports, has affected officer wellbeing. While squeezed conditions in watch vehicles can cause minor inconvenience utilizing the MDT, the “heads-down” approach is a significant safety concern.

Now, thanks to tools like the voice recognition technology in 365™ RMS and the GISMO™ FieldNotes app, officers can dictate reports rather than manually typing them by hand, providing a better way to tackle the heavy documentation demands that plague officers nationwide.

Preparing incident reports through voice dictation is 3 to 5 times shorter than the time it would take an officer to create reports manually. Plus, utilizing their voice allows officers to stay “heads-up” while directing basic commands, empowering them to remain alert and mindful of their environment.

Voice Recognition also ensures transparency in policing. Because officers are dictating in the moment, everything is fresh in their minds and more detailed and reliable than if that same information had to be pulled from memory hours later. Through voice recognition, this barrier is removed.
Many government & law enforcement agencies, including the FBI and the military, have already selected speech recognition technology to keep pace with ever-increasing reporting loads.

With 365™ Public Safety Platform and GISMO, speech recognition can be used to streamline reporting processes by allowing officers to dictate reports into the department’s Record Management System (RMS) from a desktop computer at the station, an in-car system (such as a mobile data terminal or MDT), or even a mobile device.

Now we can even envision the “interview room of the future” where detectives interview suspects and witnesses, supported by an ambient speech recognition solution that securely “listens” to the conversation and transcribes the entire dialogue into a comprehensive, timestamped transcript. Not only will this solution save police departments time and money as they avoid the costs inherent to transcription and overtime, but it will also free officers from some of the administrative burdens that can get in the way of serving their communities and doing good police work.

It’s a vision for the future of law enforcement that’s not only possible, it’s within reach.